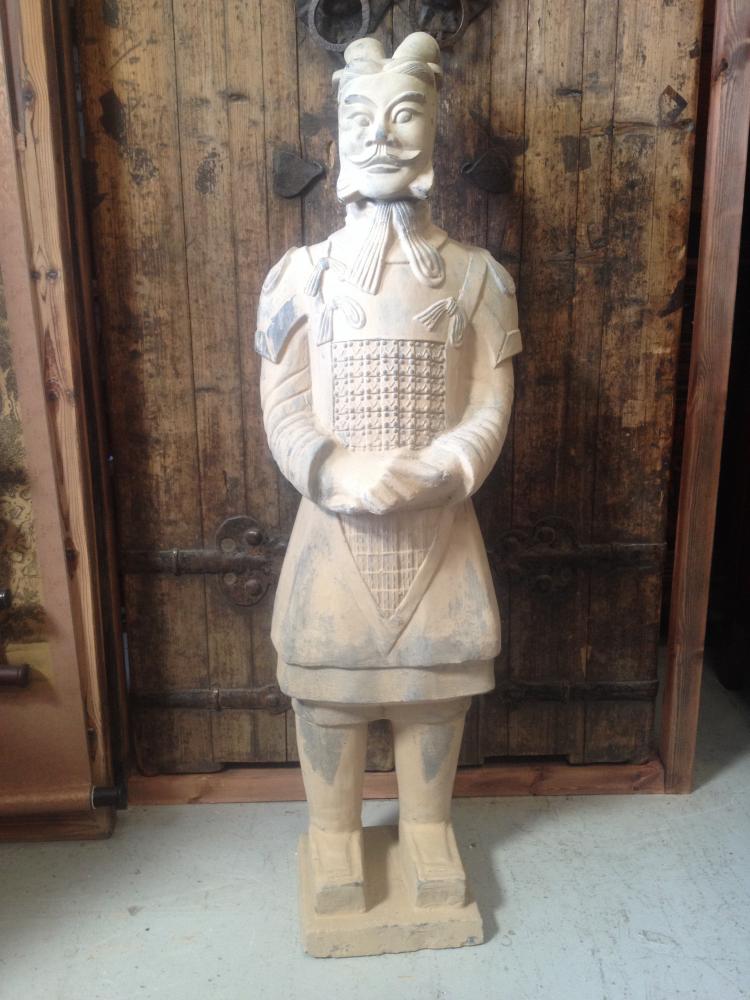 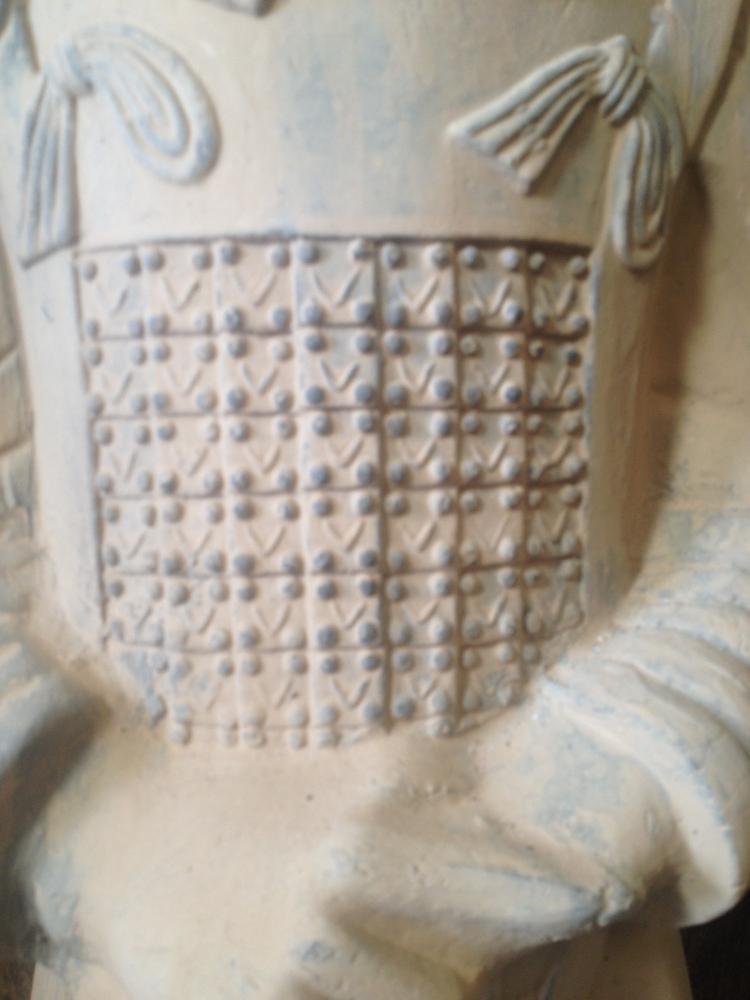 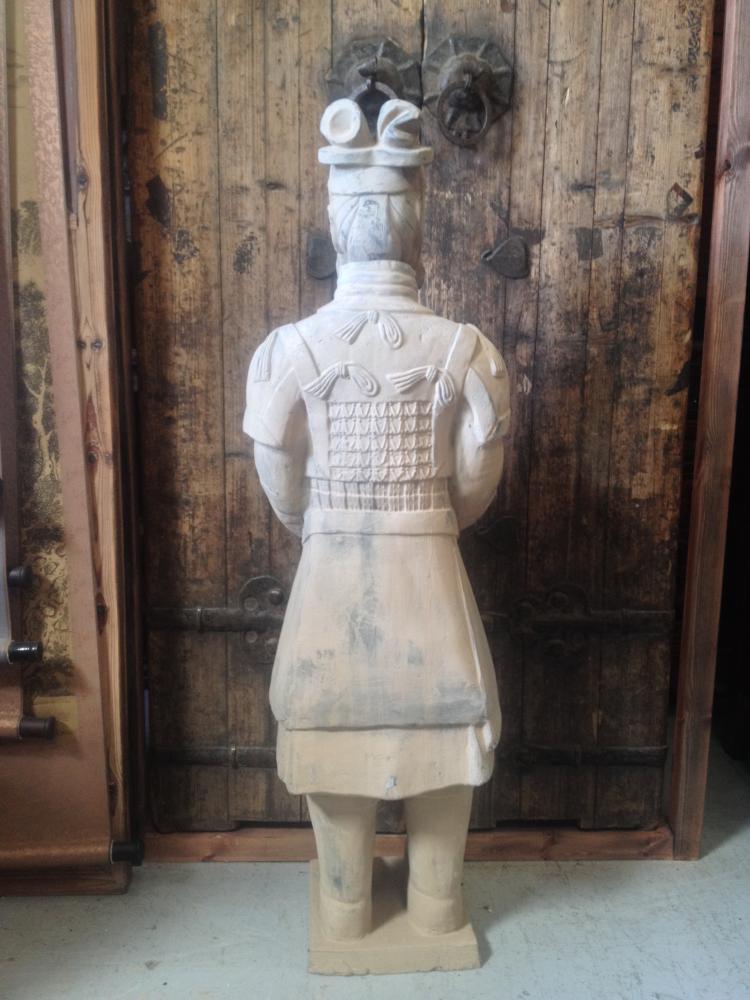 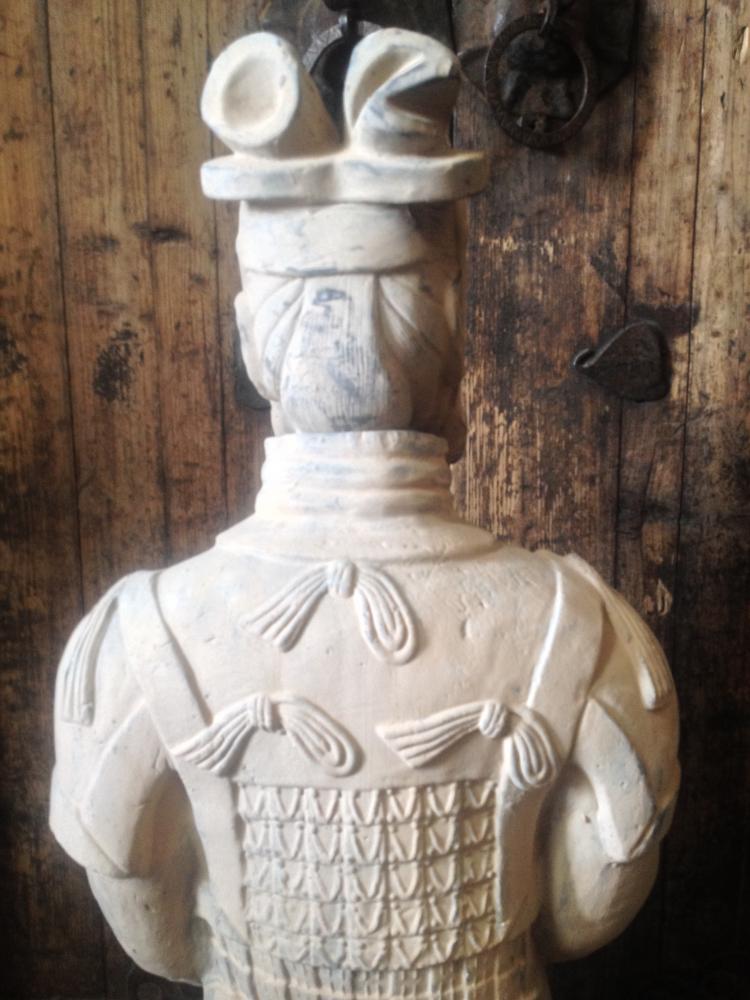 Sold
Enquire about this product

Scale replica terracotta warrior as found in the tomb of the first Emperor of China.  Made of clay with a blackened and weathered finish. The warrior is hollow and has a remove-able head. May be displayed inside the home or out in the garden although we do not warrant them for outside use, should you wish to please discuss.

The tomb of Emperor Shi of the Qin Dynasty is the first royal tomb to be built in the feudal age of China, some 2000 years ago. The first vault of terracotta's in the tomb was discovered in 1974 and a further two more were subsequently discovered. Altogether there are about 8,000 terracotta's and around 10,000 arms in the three vaults. 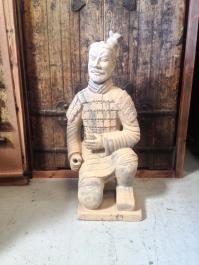